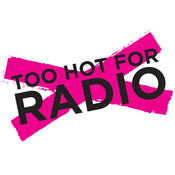 Selected Shorts: Too Hot For Radio

von
Episode 23 Tony Tulathimutte "Saint Pantaleon"
Our story today addresses, or should I say undresses - why snacking on your underwear might not be all that’s promised on the box.  In this hilarious story written by Tony Tulathimutte, the narrator, played by actor Maulik Pancholy, is taking on the edible underpants industry.   Later host Aparna Nancherla talks to the author about where he got his inspiration from.
Episode 22: Stephen King “Batman and Robin Have an Altercation”
Back by popular demand, actor Stephen Lang reads, “Batman and Robin Have an Altercation”, a -shall we say- intense story about family, love, and dying by Stephen King (yes, THAT Stephen King). Host Aparna Nancherla talks to Stu Tinker, a Stephen King superfan from King’s hometown of Bangor, Maine (get ready for that accent!). For nearly 20 years he’s been giving tours to spots that have inspired so many of author’s stories.
Episode 21 Aasif Mandvi “Born Again”
From actor, writer, comedian and the former Senior Middle East Correspondent on The Daily Show, a sweet, funny story about nerdom and outsider culture taken from his memoir, No Land's Man.  Published in 2014, No Land's Man chronicles Aasif’s life as an Indo-Muslim-British-American and gives a first-hand look at the American immigration experience.  After the story, Aasif calls in to talk to Aparna about his book and the current state of affairs.
Welcome to Selected Shorts: Too Hot For Radio
Over the years, Selected Shorts has recorded amazing stories that due to language issues or content advisories were, well, too hot for radio. Now we've unlocked the vault and we're bringing you all the steam, gore, and profanity that makes the FCC crazy in this new podcast.  Hosted by comedian Aparna Nancherla, you’ll hear from some of our authors like Chuck Palahniuk and Simon Rich and readers like RISK podcast host Kevin Allison, and who knows who might pop into the studio to let us know their thoughts?  Welcome to Selected Shorts: Too Hot For Radio!
Mehr anzeigen 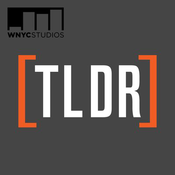 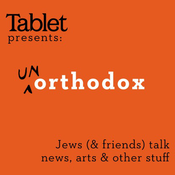