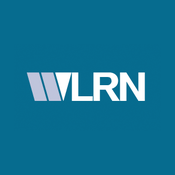 von
Nonprofit Offers Year Of College Courses, Job Training For Young People In South Florida
Ada Reyes studied graphic design in her home country of Venezuela, but she had to leave her university because she couldn’t afford to continue. Later, she moved to Doral. “Personally, I never thought I was going to be able to study again,” Reyes said.
Miami Teens Hope Their Magazine Will Convince Congress To Take Action On Preventing Mass Shootings
The morning after the Feb. 14, 2018, Parkland shooting, Miami-Dade middle school teacher Kelsey Major stood in front of his speech-and-debate class and had no idea what to say.
A State Senator — And Buddy, The Little Blue Dog — Help Social Workers Teach Kids About Sexual Abuse
Miami-Dade County Public Schools is using a sexual abuse prevention curriculum developed by a Broward senator’s foundation to meet a new state mandate for teaching about human trafficking.
In New Book, National Education Historian Calls Florida 'Model Of Lawlessness And Greed'
For the last two decades, Florida has been a laboratory for school choice policies: alternatives to public education like privately-run charter schools and taxpayer-funded scholarships to private institutions. Diane Ravitch argues that’s not something to celebrate or emulate. Ravitch is a historian, advocate and former assistant education secretary under Republican President George H. W. Bush. She once believed charters, vouchers and standardized testing could improve public school education. “I came to realize that the privatization movement was a continuation of a decades-long campaign by right-wingers who hated public schools, which they derisively called ‘government schools,'” she wrote of her personal evolution in her new book, Slaying Goliath: The Passionate Resistance to Privatization and the Fight to Save America’s Public Schools . “I renounced my own past views and determined to expose the well-funded smear campaign against American public schools and their teachers,” she
Bridge Work Could Mean School Start Times Change In Keys
Starting high school later in the morning for health reasons is under discussion locally and nationally. The Monroe County school district is considering pushing back the start times — but for a different reason.
Mehr anzeigen