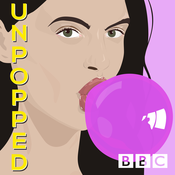 von
Estelle, Jamelia and the Exile of UK R&B
Many black, UK-based, female R&B performers, especially those from the early 2000s, have found it hard to establish a career at home. Acts such as Estelle, Jamelia, Sade, Ms Dynamite, Cleopatra and Misteeq have either left the music industry completely, diversified into presenting and acting or have re-established a base in the US in an attempt to continue their careers. Meanwhile American performers such as Beyonce, Rihanna and Alicia Keys who started their careers at a similar time, continue to dominate the music world. British acts, despite early chart recognition, awards and fan devotion, struggled to make an impact in the same way. And in the modern era, performers such as Laura Mvula, despite enormous talent and massive critical acclaim, have encountered problems dealing with the music industry. Why do the women involved in British R&B fail to find lasting success at home? Why can’t British artists maintain the same trajectory as their American counterparts? Why do they feel it necessary to relocate abroad or work in other parts of the entertainment industry? And will the R&B artists of the future face the same problems?   With Yomi Adegoke and Tara Joshi. Presenter: Hayley Campbell Producer: Dale Shaw
Stephen King and the Side Effects of Populism
Stephen King is one of the most popular and successful authors on the planet. Known primarily as a horror writer, King has also written fantasy, science-fiction, thrillers, memoirs, essays, crime novels and a well-regarded book about the craft of the novelist entitled On Writing. Since 1974, when his first book Carrie was released, King has sold an estimated 350 million books, and he is the most adapted living author with most of his works turned in films and TV series. But he has also faced criticism throughout his career. Many critics dismissed his work as an entertaining irrelevance and he was never accorded the respect of his contemporaries, who were deemed more ‘literary’. Has the author’s populism damaged his critical reputation? Why are bestselling or prodigious authors looked upon differently by cultural tastemakers? And why do the painful, disturbing themes that King returns to again and again in his novels engage with audiences so readily? With Matt Thorne, Roz Kaveney and Kim Newman. Presenter: Hayley Campbell Producer: Dale Shaw
Final Fantasy VII and Redefinition
The Role Playing Game Final Fantasy VII was released for the Sony Playstation in 1997 and was a massive commercial and critical success, eventually selling nearly 10 million copies worldwide and spawning various spin-offs, sequels, and a new reboot planned for the future. With its epic scope, high drama and relentless action, it is considered an iconic, seminal, impeccable video game that has had a massive influence on the gaming world. But it is not without its critics. Some feel that the game is overrated with its almost mythical status overlooking certain flaws including a confused storyline, poorly defined characters and a lack of pace. The film that continued the game’s story failed to be a box office success while the highly anticipated reboot has been delayed and beset with problems. What made Final Fantasy VII so different from its contemporaries? What influence did it have on the gaming world and wider popular culture? And why has it proven so difficult to adapt? With Aoife Wilson, Julia Hardy and Tamoor Hussain. Presenter: Hayley Campbell Producers: Nancy Bennie and Dale Shaw
Watchmen and the Superhero Concept
Released in 1986, first as a twelve-part comic book series and then collected together as a graphic novel, Watchmen came from the unique mind of writer Alan Moore alongside artist Dave Gibbons. It featured superheroes as they had never been seen before: flawed, vulnerable, evil and damaged; existing in a dystopian, alternative 1980s America where Richard Nixon was still the President. Published by comics giant DC, Watchmen was an enormous critical success, introducing a new, adult audience to the comic book world, winning numerous awards and eventually included on Time magazine's 100 best books of the 20th Century. But the afterlife of Watchmen has proven to be fraught. Alan Moore bitterly opposed any sort of film adaptation - but despite this, a big budget Hollywood version was released in 2009, to highly mixed reviews. Sequels, spin-offs and video games have also been released under the Watchmen banner without Moore’s blessing. And now a new television version of the book is about to be released. Just why was Watchmen so successful? Why has it been so difficult to adapt and how much did it influence popular culture’s current obsession with all things superhero? With Andy Riley, Gavia Baker-Whitelaw and Nathaniel Metcalfe. Presenter: Hayley Campbell Producer: Dale Shaw
Eurotrash and Revelation
The Channel 4 television series Eurotrash launched in 1993, ran for 16 series and was considered the most popular entertainment offering on the channel at that time with its mix of snark, sex, outrageous behaviour and bizarre individuals. Originally hosted by Antoine de Caunes and Jean-Paul Gaultier, it was a magazine style show with its tongue firmly in its cheek. Each week it showcased peculiarities from around the globe including strange animal acts, naked Germans, an obsession with defecation and terrible musical moments. The show was massively successful, heralding the era of ‘post-pub TV’ and pushing the boundaries of what could be broadcast on British TV. Each episode received numerous complaints from viewers objecting to its focus on nudity, porn and fetishes while Home Secretary Jack Straw attempted to get the show banned due to its lewd content. Why did Eurotrash prove to be so popular with audiences? What does the show tell us about British attitudes towards sex and the perception of Europe? Why was it so controversial and what influence has it had on wider popular culture and TV today? With Stuart Heritage, Scott Bryan and Maria McErlane. Presenter: Hayley Campbell Producer: Dale Shaw
Mehr anzeigen