The Wonderland Murders by Hollywood & Crime

von
Introducing WeCrashed
The Rise and Fall of WeWork is a stunning story of hope and hubris. WeWork was the poster child for a new economy. Its founders wanted to revolutionize everything about the way people lived their lives. Its charismatic founder Adam Neumann had an intoxicating vision for the company — but did it ever match the reality? Subscribe today:
Accused Returns for a New Season
In 1984, a father of three disappeared while working at a mysterious Cincinnati plant. It turned out he’d met a gruesome fate. Two months later, the Fernald Feed Materials Production Center was revealed to have been processing uranium – and polluting the region. The dead man’s children believe their father was murdered because he intended to expose how the plant had been releasing millions of pounds of uranium dust into the atmosphere. We’re hoping to figure out: Did 39-year-old David Bocks kill himself, as Fernald officials alleged, or was he more likely killed? Subscribe now:
Malice in Wonderland: Interview with Dets. Tom Lange and Robert Souza | 7
Detectives Tom Lange and Robert Souza discuss the Wonderland murders and give you an inside look into the investigation as it actually happened. Support us by supporting our sponsors! Quip - Get your first refill pack free when you buy a toothbrush at and enter promo code LACRIME to get three items FREE in your first box
Capture | 6
LAPD detectives arrest fugitive John Holmes in Miami and bring him back to Los Angeles, where he is charged with the four Wonderland murders. But convicting him will be difficult, since the prosecution’s key witnesses are victim Susan Launius, who can’t remember anything, and two drug addicts with long criminal records. As Detective Lange says, "When a crime occurs in hell, you don't have angels for witnesses." You can support this show by supporting our sponsors: Audible - Start a 30-day trial and your first audiobook is free! Go to audible.com/LACRIME or text LACRIME to 500-500 to get started Daily Harvest - Go to daily-harvest.com and enter promo code LACRIME to get three items FREE in your first box
Revenge | 5
The Wonderland Gang celebrates their successful robbery of drug kingpin Eddie Nash. Although there’s talk of finding a new place before Nash can retaliate, Ron Launius decides to stay, certain he has the firepower to protect the house. The group spends the night doing drugs – unaware that Eddie Nash has found a way in. You can support this show by supporting our sponsors: Bombas - Save 20% on your first Bombas purchase by visiting bombas.com/HOLLYWOOD Casper - Get $50 towards select mattresses when you visit them at Casper.com/lacrime and using promo code LACRIME at checkout
Mehr anzeigen 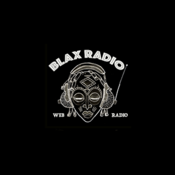 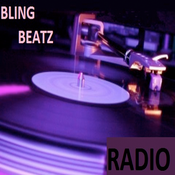