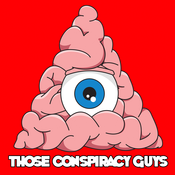 von
The Death of Brittany Murphy
TRUE CRIME - On this episode we talk about a Hollywood starlet who died long before her time in very suspicious circumstances. Brittany Murphy came to Hollywood all the way from New Jersey and starred in loads of hit movies in the 90s and 2000s; the persona she portrayed on screen made her untimely death seem like just another tale of excess. The truth is so much stranger though; her marriage to Simon Monjack, a British Director and Screenwriter; was filled with misfortune, fraud and she had to care for him through long term illness which he allegedly used to manipulate people. Brittany's death was only months before Simon's and both deaths had almost identical causes. Toxins in their new house were initially to blame but support for a government whistleblower could have been the impetus to silence her. A very strange tale of manipulation and fraud and, hopefully, it will give you a more informed view of who Brittany Murphy was. Not the drug addled waif she played so well in all those great films. Joining me on this episode is Shona Ellen aka EllieJayden and you can find her on her YouTube Channel, Instagram and Twitter here:
James Bulger
TRUE CRIME - On this episode we discuss one of the darkest and murkiest of topics and definitley not for the feint of heart! Gordon Hayden joins me to talk about a murder that rocked the UK in the early 90s and left a lasting impression on the public at large when it came to the safety of their children. 2 year old James Bulger was abducted and brutally tortured and murdered by two 10 year old boys, John Venables and Robert Thompson. The trial was grim and left lots of people questioning the justice system and their own internal moral compass. A very public trial and ongoing modern day media attention leaves us all asking questions about the origins of this crime; how it was dealt with and what has become of the killers now. You can find Gordon Hayden on Twitter.com/Gordon_Hayden or his podcasts here: Box Office on Spotify (
SwapCast - Tin Foil Hat - Christmas with Sam Tripoli
SWAPCAST - Sam Tripoli and XG got me on their show Tin Foil Hat to talk about the History of Christmas, Jesus and Santa and we had right laugh doing it! There were expected and unavoidable meanderings, talk of politics and of religion; but the spirit of Christmas was there and thats all that matters. Sam and XG are banging out some of the most prolific and conspiracy laden podcasts out there at the moment, with unreal guests and a fantastic new studio where they livestream all their episodes! They recently got spanked on YouTube and they have made their own website
SwapCast - UpTo90 with Julie Jay and Emma Doran
SWAPCAST - This was a great podcast done with the lady legends Emma Doran and Julie Jay from UpTo90 and we went in talking about Prince Andrew and creepy Joe Biden and came out talking about national identity and people coming home after joining ISIS! It was a strange and wonderful chat and you'll enjoy it :) You can find the podcast at @UpTo90podcast on Instagram and Twitter and if you want to see Emma or Julie live (they are stand up comedians too!) you can follow them on social for updates: Emma Doran is
Swapcast - Bandwagons
SWAPCAST - This was a cracker of a Swapcast where I join Fionnula and Brid from Bandwagons to chat about conspiracy theories old and new in the wonderfully comfortable Collaborative Studios! I pushed the girls to the limits of their good taste (their public limits anyway) and we discussed such conspiracy classics as The Anunnaki, JP Morgan and The Boston Bombings and we also tip toed around the very recent revelations on Epstein and Prince Andrew. The girls are great banter and I know at least some of you want to hear this top banter female led pop culture podcast so head over to
Mehr anzeigen