von
Al Pacino
The name Al Pacino calls to mind some of the most memorable performances in the history of film, from The Godfather and Scarface to Scent of a Woman and Heat . In this week’s “Sunday Sitdown,” Willie Geist gets together with the Hollywood icon to talk about his legendary career, including his Oscar-nominated performance in The Irishman and his new Amazon series Hunters . Plus Willie takes Al for a cruise around Beverly Hills in a 1976 Cadillac Eldorado.&nbsp;
John Mulaney
Since leaving Saturday Night Live as a writer in 2012, John Mulaney has become one of the most popular stand-up comedians in America. In this week’s “Sunday Sitdown,” Willie Geist talks to the Emmy winner about his time at SNL and his run of hit Netflix specials, including his latest, John Mulaney and the Sack Lunch Bunch .&nbsp;
Ewan McGregor
Ewan McGregor’s rise to stardom started in the small Scottish town of Crieff, where he was just a teenager when he dropped out of school to chase his dream of becoming an actor. In this week’s “Sunday Sitdown,” Willie Geist talks to the Hollywood star about that journey, from starring in films like Trainspotting , Moulin Rouge , and Star Wars , to his latest role as the villain in the highly-anticipated new superhero movie Birds of Prey . &nbsp;
Wondery presents WeCrashed
The Rise and Fall of WeWork is a stunning story of hope and hubris. WeWork was the poster child for a new economy. Its founders wanted to revolutionize everything about the way people lived their lives. Its charismatic founder Adam Neumann had an intoxicating vision for the company - but did it ever match the reality? Subscribe today:&nbsp;
Ava DuVernay
It was only 8 years ago at the Sundance Film Festival that Ava DuVernay finally decided to become a full-time filmmaker. In this week’s “Sunday Sitdown,” Willie Geist talks to the director and producer about that big career shift and establishing herself as a groundbreaking force in Hollywood with Oscar-nominated films like Selma and 13th .
Mehr anzeigen 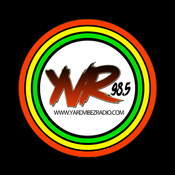 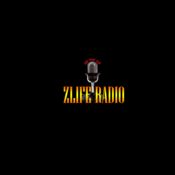