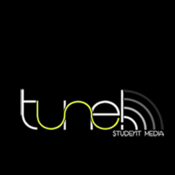 With a forty plus year history, TuneFM is Australia’s oldest university broadcaster, serving UNE’s students, staff, and the broader Armidale community. TuneFm has a long history of music, politics and activism - stemming from our radical start back in April 1970. 2UNE came into being as a result of a growing dissatisfaction with a sleepy Liberal Government during the swinging 60s. With the backing of Sir Zelman Cowan, the then Vice-Chancellor, the UNE Radio Committee pushed for a licence to broadcast across the campus. Finally they were successful, and put together a studio in the Milton building. Then on that fateful day, April 27th 1970, Dick Mutton muttered the words “Radio UNE, the time is 7 o'clock”.