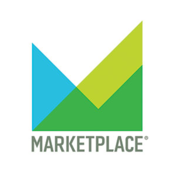 von
This CEO says company is “nearly fully operational” in U.S.-China dealings
The coronavirus hit in Asia is bigger than expected. How the epidemic’s expansion is affecting the auto and airline industries in China. One CEO who’s juggling the current challenges that come with doing business between the U.S. and China.
Not all political ads are created equal
On streaming sites, political ads aren’t always required to disclose who paid for them. How coronavirus is hitting inmates of China’s prison system. What we can learn from Tokyo about affordable housing.
How much is coronavirus impacting global business?
Services sectors remain somewhat resilient, while manufacturing is struggling with supply-chain disruption from China’s coronavirus outbreak. No India-U.S. trade deal expected on President Trump’s imminent visit. Will steel jobs lost in North East England during the 1970s ever come back?
Kickstarter workers voted to unionize. It wasn’t about working conditions.
Host Molly Wood speaks with Marketplace’s workplace reporter Meghan McCarty Carino about Kickstarter’s union, which is considered a big win for Silicon Valley activists and for other tech workers. McCarty Carino says that the union looks at traditional complaints, including pay inequality and work culture, as well as newer issues involving gig workers, diversity in hiring and more.
In sickness and in fraud
When a shady business partner leaves a newly married couple on the hook for over $300,000, it tests the limits of “for better or worse.” For even more “This Is Uncomfortable,” sign up for our new weekly newsletter at .
Mehr anzeigen